back to news
17 June 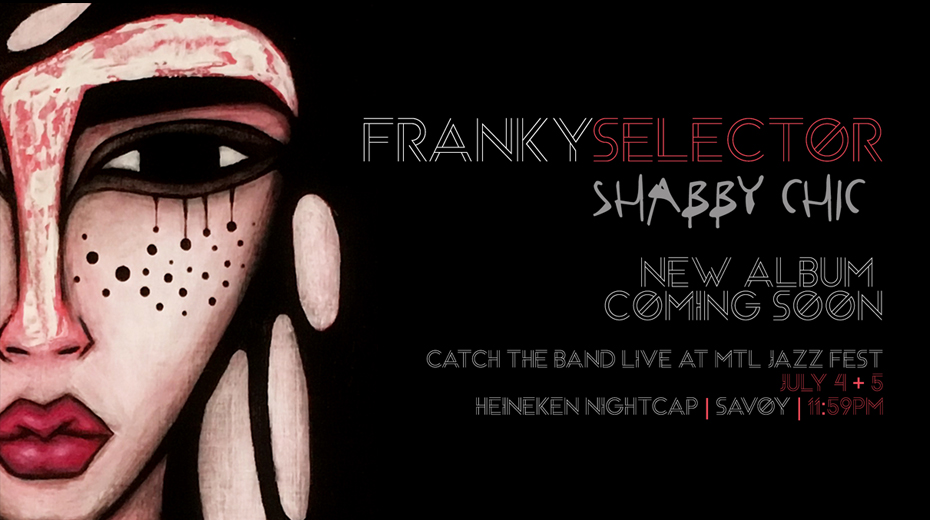 Folks, groove maestro FrankySelector is back on track with a new album, Shabby Chic, to be released end of June. You can now pre-order the album on iTunes, which will allow for an immediate 2-singles download, including Got Your Back!

Also, you can catch Franky and his band playing live at the upcoming Montreal Jazz Fest, July 4th and 5th! 2 parties, both at Savoy|Metropolis. It’s at midnight and best of all, it’s FREE! Get there early (limited places) and bring on your dancin’ shoes!